We are so excited to announce that we are giving away FIVE $100 Gift Certificates for Ayyam-i-Ha!

We spent the last several weeks pondering how we could share the gift of music with as many Baha’is around the world as we could this Ayyám-i-Há. At first we thought of simply sharing a big discount code through our newsletter and social media… but that wasnt good enough. We went back to the drawing board and are thrilled to share 9 Star Media’s HUGE BAHA’I INSPIRED MEDIA GIVEAWAY! END_OF_DOCUMENT_TOKEN_TO_BE_REPLACED

There are few albums that we can listen to over and over and never get tired of… today, we want to share one of those rare gems with you.

‘Talisman’ is a devotional album unlike any other. The words, taken directly from the writings of the Faith combine with Leonor’s rich voice and folkloric music to create a devotional experience that is both soul stirring while simultaneously making us need to move our feet!

For those who aren’t familiar with Leonor Dely, she is a jewel in the Columbian music community. Her incredible voice and passion for traditional columbian rhythms has won her high praise. She was invited to perform for the dedication of the Chilean Temple and shared her music with the masses. Her family, who are all successful musicians in their own right, accompany her in all her musical endeavors…

END_OF_DOCUMENT_TOKEN_TO_BE_REPLACED

“Approach to a Sacred Place is a magical, exquisitely beautiful film. I can think of very few films like it where not only is an artist’s craft, his métier, his process, his material engagement explored with such poetic clarity but more than that, his soul. The film manages to open facets of Otto Roger’s art that reveal his deep connection to and the source inspiration he finds in the teachings of Bahá’u’lláh and the Bahá’í Faith. This is no small feat. Rather than reducing his art to an illustration of these ideals, this powerful film brings the viewer in, makes the audience feel as though they are a part of an intimate conversation, that they too have a share in the evocative and redolent spiritual teachings that have such an obvious and direct impact on the spirit of one of Canada’s most treasured abstract painters. I have watched this film several times. From the extraordinary cinematography to the sonorous, plaintive soundtrack by Jack Lenz, this is one of the finest art films on a Canadian artist that I have ever seen. That it also manages to move beyond aesthetics into the realm of faith is a testament to the brilliant vision of its producers. I cannot recommend it in strong enough language.”

“It behoveth the craftsmen of the world at each moment to offer a thousand tokens of gratitude at the Sacred Threshold, and to exert their highest endeavour and diligently pursue their professions so that their efforts may produce that which will manifest the greatest beauty and perfection before the eyes of all men.” (“Selections from the Writings of `Abdu’l-Bahá”, sec. 127, p. 145)

Otto Donald Rogers is a gem. He is both an incredibly devoted member of the Baha’i Faith as well as one of the finest abstract modernist painters and sculptors. He is regarded by art critics around the world as one of the great Canadian painters. His style, which is modernist in nature, “is an inspired exploration of landscape and abstraction” and seems to be  influenced by the outstretching prairies which surrounded his childhood home in Saskatchewan Canada. His work however takes on another, more significant layer of depth, when one realizes that his greatest source of inspiration in creating his work is his Faith in Baha’u’llah.

`Abdu’l-Bahá said…: “All Art is a gift of the Holy Spirit. . . . When the Light of the Sun of Truth inspires the mind of a painter, he produces marvellous pictures. These gifts are fulfilling their highest purpose, when showing forth the praise of God.” (Lady Blomfield, “The Chosen Highway” (Wilmette: Bahá’í Publishing Trust, 1954), p. 167)

Though his name may be new to many of the Baha’is, his work is known around the world. Numerous articles about him and his work have appeared in the leading publications of the art world. Otto is bold in his interviews and doesn’t shy away from mentioning the Faith. The beauty is that his inclusion of the Faith is organic. As the influence of the Faith is woven inextricably through his work it is also woven through his speech about his process, art, and life in general. Every article which attempts to explore the depths of his work will invariably touch on the Faith as that is central to Otto’s creation.

In one article the interviewer commented that:

“Rogers’s paintings emphasize value contrast over subject matter. . . . He stands apart from much Canadian abstract art, in which colourists working with a high-keyed palette so often held the lion’s share of critical attention. This preoccupation with shifts in values reflects Rogers’s love of light. It is tempting to credit that love merely to the vast, sunlit expanse of the prairies he was raised on. But light has a special meaning for him beyond that. He associates it with knowledge and wisdom, in part because of his Baha’i faith. Baha’ullah, founder of the faith, once said, “My name is light and I come from the province of light,” and for Rogers, “the two great factors in creation [are] unity and light.”” (source: CanadianArt.ca)

‘Approach to a Sacred Place’ is an in-depth exploration of his work and process… but more significantly it is his personal testimony to the influence the Faith plays in his every brush stroke. Filmed on location in Haifa Israel (where he was serving at the time) Otto shares his experience, thought process, and creative spark which has led to the creation of such stunning works of modern art. This documentary also features commentary and interviews with thought leaders in the field of art as well as friends who had the pleasure of serving with him. What a joy to be able to catch a glimpse into the work and life of an artist who’s dedication to the Faith has transformed both his personal life and is continuing to influence those around him through his paintings.

Featuring an original score by Jack Lenz, and finally available for the first time in many years, ‘Approach to a Sacred Place’ is a must-have for all lovers of art and inspiration and is a critical film for all Baha’i libraries where it can continue to inspire generations to come. Available on DVD or as an Instant Digital Download.

CLICK BELOW TO PREVIEW THIS FILM AND GET YOUR COPY TODAY 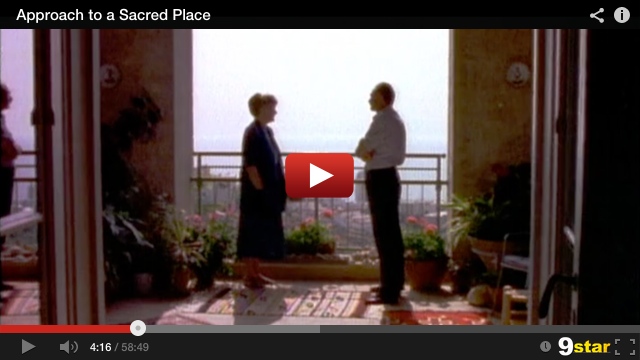 Yesterday marked the 100th anniversary of Abdu’l-Baha revealing the first tablet that would come to be a part of the ‘Tablets of The Divine Plan’. This tablet addressed to the Baha’is of the northeastern states, was the start of a flood of guidance to flow from the pen of the Master to the Baha’is of North America.

On March 26th 2016 The Universal House of Justice released a letter to the Baha’is of the world reminding the community of the Greatest Name of the significance of these tablets to the spiritual progress of the world:

“The Divine Plan, that sublime series o f letters addressed by Abdu’l-Baha to the Baha’is of North America between 26 March 1916 and 8 March 1917, constitutes one of the mighty Charters o f His Father’s Faith. Set forth in those fourteen Tablets, Shoghi Effendi explains, is “the mightiest Plan ever generated through the creative power o f the Most Great Name.” It is “impelled by forces beyond our power to predict or appraise” and “claims as the theatre for its operation territories spread over five continents and the islands of the seven seas.” Within it are held “the seeds of the world’s spiritual revival and ultimate redemption.”

In the Tablets of the Divine Plan Abdu’l-Baha not only provided the broad vision necessary to carry out the responsibilities entrusted by Baha’u’llah to His loved ones, but He also outlined spiritual concepts and practical strategies necessary for success. In His exhortations to teach and to travel to teach; to arise personally or deputize others; to move to all parts o f the world and open countries and territories, each meticulously named; to learn the relevant languages and translate and disseminate the Sacred Texts; to train the teachers o f the Faith and especially youth; to teach the masses and, particularly, indigenous peoples; to be firm in the Covenant and protect the Faith; and to sow seeds and cultivate them in a process of organic growth, we find hallmarks of the entire series of Plans—each a specific stage of the Divine Plan shaped by the Head o f the Faith— that will continue to unfold throughout the Formative Age.”

To commemorate this momentous anniversary we would like to share the first four Tablets that Abdu’l-Baha revealed to the Baha’is of North America. Enter your email below to receive your FREE download link to this tablet from the audio book. 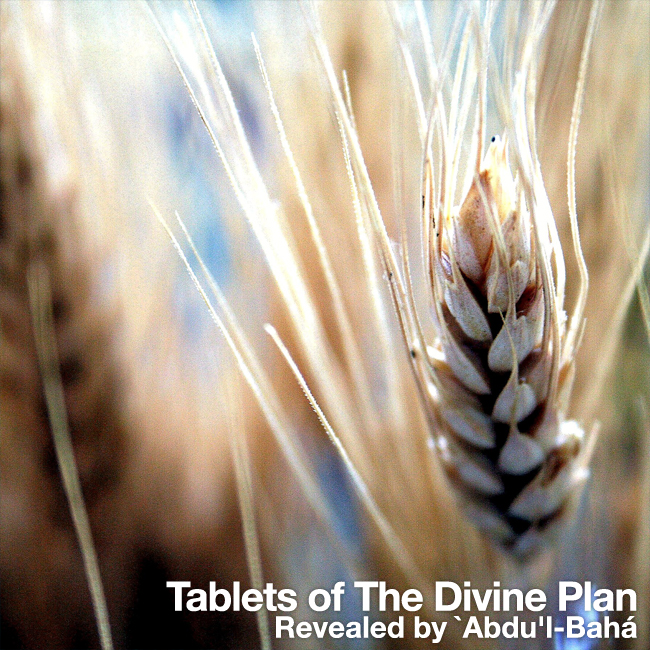 If you enjoyed these Tablets, please click below and download the entire ‘Tablets of the Divine Plan’ Audio book or order a CD. If nothing else… leave us a comment below! Enjoy.